DMG Board of Directors 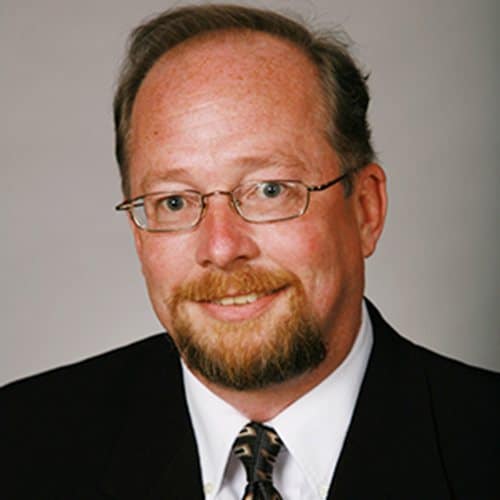 Chairman of the Board

In January 2010, Dr. Hobohm was appointed Chairman of the Board of District Medical Group, formerly known as Medical Professional Associates of Arizona, (MedPro). From 1995 through 2009, Dr. Hobohm held the positions of Chairman, Vice Chairman and Board member of Medical Professionals of Arizona. Dr. Hobohm joined Maricopa Medical Center in 1991 and is currently Chair of Pathology and Laboratory Medicine, as well as Vice President of Quality Management. He is affiliated with Arizona Heart Hospital as Director of Laboratories and is a Staff Pathologist at Casa Grande Regional Medical Center. He has held those positions since 1998.

He received his medical degree in 1983 from Wayne State University of Medicine in Detroit, Michigan and completed his Anatomic and Clinical Pathology residency at Henry Ford Hospital in Detroit, Michigan in 1988. He also completed his internship in 1984 at Wayne State University Affiliated Hospitals in Detroit, Michigan. He has been board certified in Anatomic and Clinical Pathology since 1988.
Dr. Hobohm is a member of numerous committees at Maricopa Medical Center and on the Benefits and Governance Committees at District Medical Group. He is renowned for his presentations and lectures both locally and nationally. 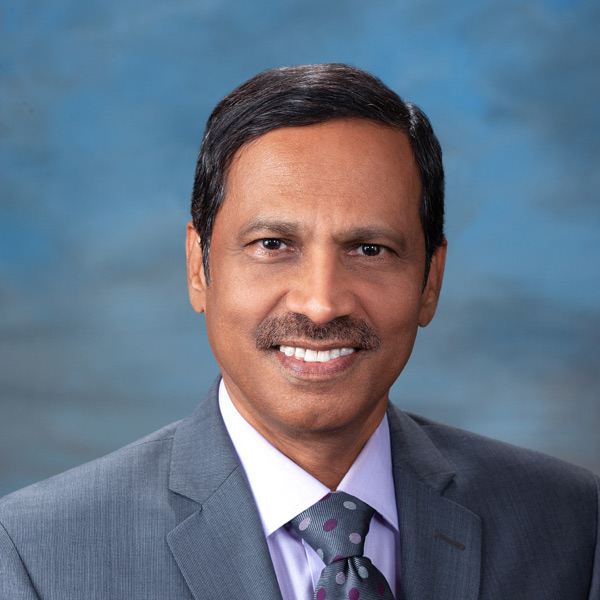 Kote Chundu, MD, MMM, is the founding President and Chief Executive Officer of District Medical Group (DMG) from its inception in January 2010 as a nonprofit multispecialty medical group with more than 650 credentialed providers. From April 2005 through December 2009, Dr. Chundu was the Chairman of the Board of Medical Professional Associates of Arizona, predecessor organization of DMG. Dr. Chundu was the Medical Director of the Arizona Children’s Center and the Chairman of the Department of Pediatrics at Maricopa Medical Center from October 2000 to September of 2014. Dr. Chundu joined Maricopa Medical Center in 1992 as the Medical Director of the Pediatric Intensive Care Unit. Prior to this, he was the Associate Director of the Pediatric ICU at Children’s National Medical Center, and Assistant Professor of Pediatrics and Anesthesia at George Washington University in Washington, D.C.

He received his medical degree from Guntur Medical College in India in 1981, and completed a pediatric residency and neonatology fellowship at Cardinal Glennon Children’s Hospital in St. Louis. He also completed a pediatric critical care fellowship at Children’s National Medical Center in Washington D. C. in 1989. He is board certified in Pediatrics and Pediatric Critical Care Medicine. Dr. Chundu received his Master of Medical Management degree from Marshall School of Business, University of Southern California in 2011.

As Professor of Child Health with University of Arizona and Professor of Pediatrics with Creighton University, Dr. Chundu involved in the teaching mission of students and residents. Dr. Chundu is closely involved in local and national community and educational organizations to advance healthcare and keep populations healthy.

Dr. Chundu is also a strong believer that organizations like DMG, in which physicians collaborate rather than compete and in which a multi-specialty medical group works in partnership with a nonprofit hospital system, are able to provide superior quality of care over the fragmented healthcare delivery systems. We strongly believe medical home model holds promise as a way to improve health care in America by transforming how primary care is organized and delivered. 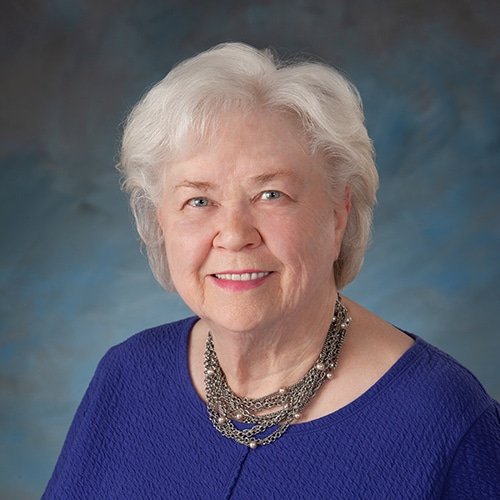 Ms. Biedess is an experienced health care executive who is considered an expert on the Arizona Medicaid market. Phyllis is a results-driven leader who ensures that her organization remains focused on its mission, maintains a strong bottom line, and is a good community partner. She is a Governance Fellow of the National Association of Corporate Directors.

Ms. Biedess was Director of Long-Term Care from 1978 – 1983 and reported to the Director of the Department of Health Services, Maricopa County. She was Director of Provider Management for AHCCCS in 1983-84, and President and Chief Executive Officer of Samaritan health plan and of Arizona Physicians IPA, Inc., leading these organizations for a decade. She was Director of AHCCCS from April 1999-2003. She holds a B.A. Degree in Sociology and Psychology from Carroll College, Milwaukee Wisconsin and a M.S. Degree in Urban Planning from The University of Wisconsin-Milwaukee. 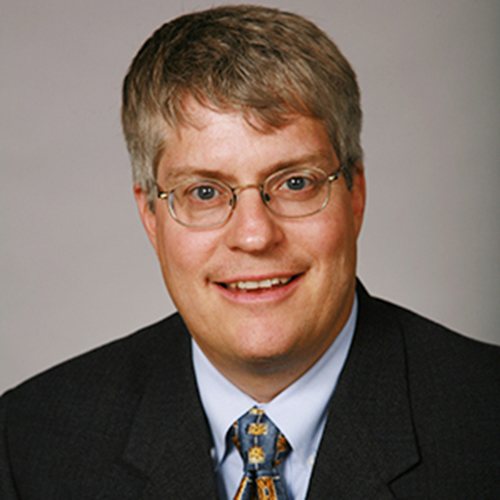 Dr. Coonrod serves as Chair as well as Director of Research for Obstetrics and Gynecology, overseeing and acting as investigator and co-investigator on many diverse projects and clinical trials, including NIH grants. Dr. Coonrod has been active in the area of preconception care. He is the recipient of two grants on this topic, notably one awarded by the March of Dimes Community Chapter Grant, and through this grant has established an Internatal Care Clinic to provide care between pregnancies for women who have experienced an adverse pregnancy outcome. He was also named to the National Select Committee on Preconception Care, the CDC’s initiative to improve preconception care for women. He is an Associate Professor of Clinical Obstetrics & Gynecology at the University of Arizona, College of Medicine. Dr. Coonrod is active in his work with family violence; serving on the Arizona State Governor’s Commission to prevent violence against women as well. He also continues to serve as Medical Director of the AZ Well Women Healthcheck Program. Recently he was the recipient of ASU’s Southwest Interdisciplinary Research Center (SIRC)’s Leadership Award for outstanding leadership in health disparities research. 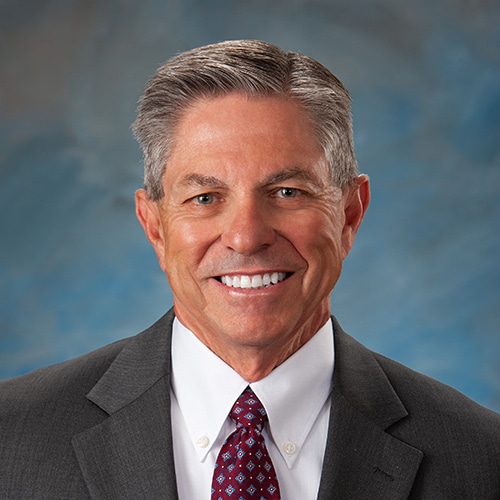 Tom Manos spent almost 30 years in public service at the city, county and state levels. He retired in May of 2016 after four years as the County Manager for Maricopa County.

Prior to his appointment as County Manager, Tom served for ten years as the County’s Chief Financial Officer. In 2005, Tom was assigned the lead role in transitioning the County Health System to what would become MIHS. After the legal transition was completed, Tom was loaned to MIHS for almost a year and served as their Administrative Director. Tom also served as the Executive Director of the Maricopa County Industrial Development Authority.

In 2009, Tom’s career took a shift when Governor Brewer asked him to join her team as Deputy Chief of Staff for Budget and Finance. He helped develop the plan to eliminate the State’s $3 billion budget shortfall. Tom also served on Governor Ducey’s transition team and assisted with the Governor’s initial budget. Tom has also served on several legislative study committees.

Community service has been central to Tom’s life. When he initially retired from his state job, he turned to managing the downtown Human Services Campus – a provider of services to about 1,300 homeless individuals. He worked with non-profit partners to raise $3 million dollars in additional funds to provide temporary shelter for an additional 500 individuals.

Since retirement, Tom continues to serve as a trustee for the Arizona State Retirement System and volunteers in a number of areas with Brophy College Prep.

Tom graduated from Arizona State University with a degree in Finance and was licensed as a Certified Public Accountant. 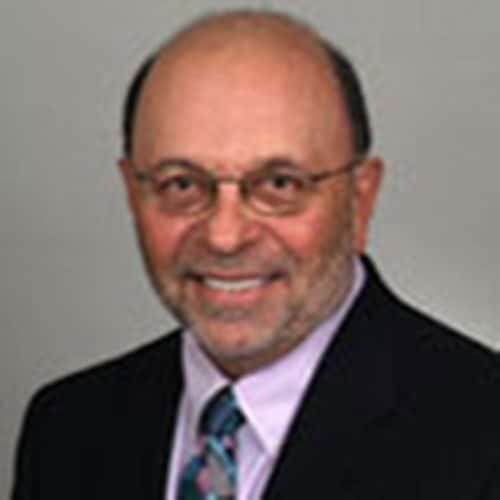 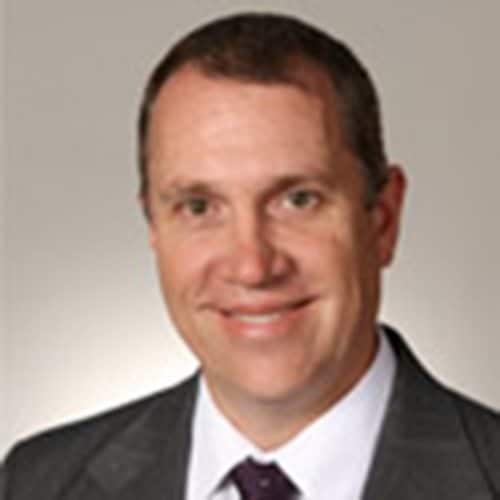 Dr. Rawls earned his PhD at Saint Louis University, Missouri in 1993 and did a postdoctoral fellowship at University of Texas MD Anderson Cancer Center and University of Texas Southwestern Medical Center at Dallas. Dr Rawls became a professor of Biology at ASU in 1997. 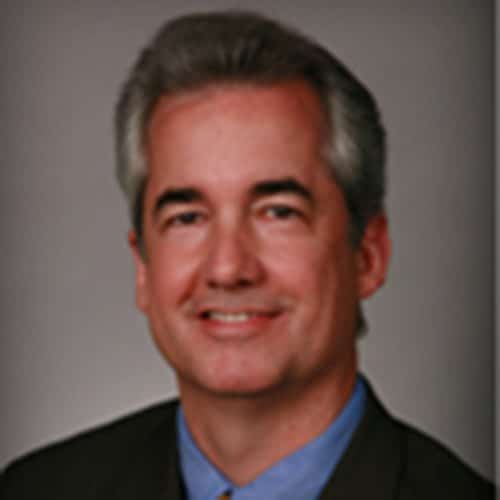 Dr. Wisinger has been with District Medical Group since 1989, working at Maricopa Medical Center as well as the FHCs, nursing home and care facilities and was interim Chief Medical Officer for MIHS. As a generalist who sees patients essentially daily and as a holder of leadership positions in the largest clinical department at DMG, Dr. Wisinger is keenly aware of the numerous issues affecting DMG, such as what it takes to provide clinical services, teach residents, adhere to billing and compliance regulations, develop new business and address concerns of employees.

Dr. Wisinger views being a member of the DMG Board from the point of view as a generalist whose role is to provide members of DMG the tools to be the most productive and capable physicians possible in providing patient care and excellence in teaching.